The Legal Rights of an Algorithm 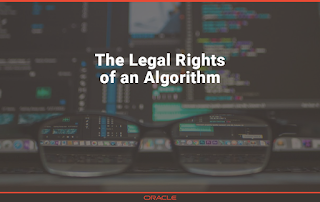 At first glance, you might think how it’s possible for something that doesn’t have a mind, body, or soul to have any legal entitlement. After all, algorithms don’t have physical attributes, and their existence can’t be easily tracked unless you’re a tech specialist responsible for creating them.
However, while algorithms don’t have any physical attributes, they have become smarter over time, mimicking human behaviors and traits to produce actionable results. Initially, algorithms started as simple data sets combined in several valuable ways to create patterns. They generate suggestions and solutions that help guide you, whether you’re on social media or search engines, while also providing insights within several fields, including the legal, medical, and marketing fields. Algorithms also consistently correct their mistakes without requiring human intervention.
Believe it or not, algorithms have legal rights too. While many users are skeptical about algorithms because of security and privacy concerns, they are vital to securing data. And, over time, algorithms, and artificial intelligence as a whole, keep gaining legal traction.
Can Algorithms Have Legal Freedoms?
As corporations have the same rights as individuals in the United States and are afforded the same protections via the American constitution, the argument for algorithms getting the same legal privileges has more merit. Corporations, like algorithms, are mindless and bodiless entities, yet, they are treated like humans given they are on equal legal footing as people.
The concept of algorithms having legal rights similar to corporations is plausible. If algorithms and AI systems, in general, could control a limited liability corporation (LLC), for example, they could sue, own property, have freedom of speech, and be afforded other legal protections. Algorithms have also been given the ability to make biased decisions, though that comes with its own set of qualms. Automated decision-making systems such as predictive policing don’t just help apply procedural rules but have also become primary public policy decision-makers.
How Do You Regulate Algorithms? 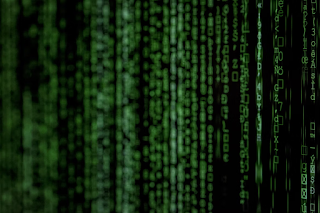 https://images.unsplash.com/photo-1547190027-9156686aa2f0?ixlib=rb-1.2.1&ixid=MnwxMjA3fDB8MHxwaG90by1wYWdlfHx8fGVufDB8fHx8&auto=format&fit=crop&w=1170&q=80
Algorithms are hard to understand, even for some experts
Europe has jumped to the forefront regarding the regulation of algorithms, with the European Commission creating two legislative initiatives. The Digital Markets Act (DMA) and the Digital Services Act (DSA) were made to ensure that recommendation algorithms are as transparent and safe as possible while triggering innovation and facilitating fair competition. These acts are to oversee the online platforms that play systemic, extensive roles in linking businesses and individual users. Thanks to these legislations, regulatory authorities worldwide must decide how to achieve new policy goals and ensure that the gatekeepers of these algorithms are acting with good faith.
The reason algorithms must be consistently regulated is the intentions of the people who create and utilize them. It would be misguided to think that the social platforms tasked with employing these algorithms are indifferent to how they are used and the consequences of their usage. The algorithms are designed to execute specific purposes, working specifically for the short term.  However, misinformation can go unchecked because traits like truth and quality are absent from some algorithms, like social media ‘likes,’ for example.
Creating Legislation to Prevent Algorithm Misuse 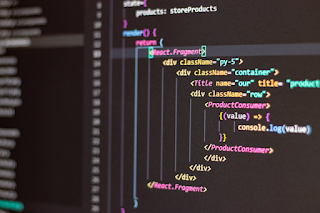 https://images.pexels.com/photos/4164418/pexels-photo-4164418.jpeg?auto=compress&cs=tinysrgb&dpr=2&h=650&w=940
Algorithms are increasingly being legislated to prevent suspicious activity
There has been a more significant push to legislate algorithms to prevent unscrupulous uses or unintended misuse of algorithms, prompting increased efforts to create strong standards. Institutes like the U.S. National Institute of Standards and Technology (NIST) have introduced workshops and discussions with public and private sectors regarding federal standard development. The conversation centers around creating standards that facilitate more robust AI-based systems and ensure the transparent, safe use of algorithms.
As algorithms are gradually replicating and taking over decision-making processes, some of them make decisions that affect people and their legal rights. These algorithms are ubiquitous, guiding commercial transactions, evaluating applications, and controlling aspects of different sectors like surgeries in the medical field. However, despite the benefits that algorithms provide society with their decision-making capabilities, they exhibit similar biases to their human counterparts, with specific decisions violating the constitutional rights of humans. As a result, algorithms can collude to make controversial decisions like price-fixing or other illegal practices that suit the purpose of the people charged with creating and executing the algorithms.
There are also black-box algorithms that are very precise with predicting things. But, it’s unclear to interpret what these algorithms are suggesting, even for experts. As a result, it’s hard to know what algorithms like these are doing (legally), in part because their understanding of things at fast speeds sometimes surpasses human understanding. A greater understanding of these algorithms and their capabilities are required so that the intelligence of algorithms, combined with human understanding and empathy, can show, and they attain the legal protections necessary to act on humans’ behalf.
In the end, algorithms are gradually attaining many of the legal rights that humans are but still need their fair share of fine-tuning before they can enjoy full freedoms.
AIML

Popular posts from this blog

DataDistillr is the “easy button” to join and query any data set without ETL or pipelines and publish to an API. What is DataDistillr “DDR” DDR is the leading enterprise data & analytics platform that dramatically decreases the time to insight by creating a real time virtual data lake that enables analysts, data scientists and business users to join, query and visualize data from any source with the click of a button - No ETL or coding required. Pre-built Enterprise “Connectors” to all your data sources  DDR connects to relational & non relational databases, APIs (Salesforces, Marketo, Hubspot, ServiceNow, Twilio, Stripe, etc.) and flat files (Excel, CSV, JSON & more), and runs queries, including joins, across all of these data sources using standard SQL without having to move, prep or orchestrate any data. Collaborate, publish & share both raw and curated data DDR one click API and messaging provides native functionality for users to: ● Easily collaborate with each o
Read more

OCI Object Storage: Copy Objects Across Tenancies Within a Region

Note : My original blog was published in ORACLE CLOUD INFRASTRUCTURE blog site on April 15th, 2019. I have republished it here with permission. Official Disclaimer : The views and opinions expressed in this blog are those of the author and do not necessarily reflect the official policy or position of Oracle Corporation. This post was developed jointly with Mohamad Charaf, Oracle Enterprise Cloud Architect. If you have two tenancies in the same region, and you want to copy data that is stored in Object Storage from one tenancy to the other without making the buckets public, this action requires some additional types of identity and access management (IAM) policies. This blog post walks you through how to create these policies. For this example, the source tenancy is named ACMEBMCS and the destination tenancy is named ACMEOCISA. In ACMEBMCS, the Object Storage buckets are in the benchmark compartment. In ACMEOCISA, the target compartment is oracleexa . The follow
Read more

Guidance for Setting Up a Cloud Security Operations Center (cSOC)

Note : My original blog was published in ORACLE CLOUD INFRASTRUCTURE blog site on August 20th, 2018. I have republished it here with permission. Official Disclaimer : The views and opinions expressed in this blog are those of the author and do not necessarily reflect the official policy or position of Oracle Corporation. Establishing a security operations center (SOC) is one of the primary requirements for managing cybersecurity-related risks in the current information age. This post provides general DIY guidance for building a SOC primarily for Oracle Cloud, including both platform-as-a-service and infrastructure-as-a-service offerings. This general guidance is also applicable to hybrid cloud environments. As more businesses are relying on interconnected technologies, like IoT sensors and cloud-based platforms, it’s becoming unmanageable to respond to cyberthreats and resulting incidents without having proper visibility across the cyberthreat landscape. So it’s
Read more

I am planning to write one blog each week focusing on Metaverse, AI ethics and rights, Multiverse, FinTech, Quantum Computing and other random thoughts

The blog posts may contain views and opinions which are those of the authors and do not necessarily reflect the official policy or position of any other author, agency, organization, employer or company, including my own views. Comments published by users are their sole responsibility and the users will take full responsibility, liability, and blame for any libel or litigation that results from something written in or as a direct result of something written in a comment. I am not liable for any comment published by users and reserve the right to delete any comment for any reason whatsoever.