Showing posts from January, 2022
Show all

How Being an Empathetic Leader Gets Results 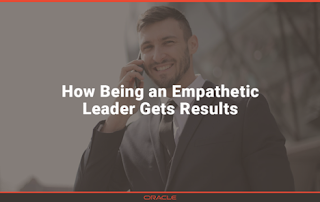 The first trait that might come to mind when thinking about a good leader’s qualities is assertiveness. After all, you want people to take you seriously as a leader, to believe in every word you’re telling them so that you can garner respect and improve your business’ prospects for success. While assertiveness and assuredness are necessary, many leaders struggle with those traits and often let the power they have dictate how they should behave as leaders. As a result, they become distant, struggle to establish formidable relationships with their colleagues, and tune out reasonable suggestions due to the daily pressures they face on the job. Being a leader requires taking charge, but it also requires understanding and poise, particularly when undergoing crises or motivating employees to perform at their best. A leader who knows how to be empathetic helps colleagues get through challenging situations and drives productivity through engagement and vision-based ideologies. Leaders with e
Post a Comment
Read more

Exploring the Metaverse and How Quantum Computing Plays a Role 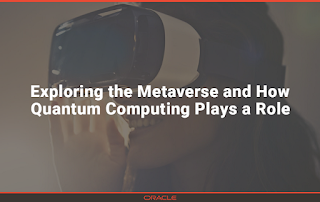 A term initially coined in Snow Crash, a science fiction novel penned by Neal Stephenson, the metaverse is a concept creating a virtual space to merge the real and virtual worlds, maximizing one’s experience in each world. The metaverse focuses on social connection, consisting of a simulated digital environment that leverages virtual reality, augmented reality, blockchain technology, and social media concepts to formulate a space for consistent user interaction that replicates the real world. Think of being on social media, but with increased integration. Facebook recently brought the metaverse into the public consciousness with  its recent name change . Technologists across the board have been talking up how the metaverse could change the way people attend concerts, play video games and even conduct surgeries. As we gradually head into the metaverse, what should we expect from it, and how will another emerging technological concept, quantum computing, play a role in the metaverse’s
Post a Comment
Read more

Quantum Computing – How Does Entropy-as-a-Service Work? 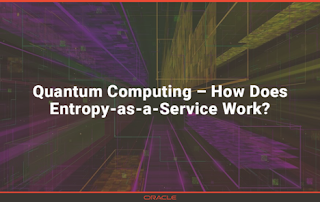 While quantum computing continues making substantial progress, more work is required to make it production-ready and completely permeate the technology industry. However, as crucial as quantum development is, it can have unpleasant side effects, particularly privacy concerns and the potential threat to digital information across the board.   One way to allay fears of compromised cybersecurity is by providing Entropy-as-a-Service (EaaS) to enhance cryptography and detect threats as they manifest themselves. EaaS unlocks the full effect of cryptography, enhancing data security and providing a more reliable infrastructure. What is Cryptography, and How Does EaaS Help It? https://images.pexels.com/photos/6963944/pexels-photo-6963944.jpeg?auto=compress&cs=tinysrgb&dpr=2&h=650&w=940 Entropy-as-a-Service enhances Quantum computing and cryptography as a whole   Cryptography studies secure communication allowing only the message send
Post a Comment
Read more

Over the years celebrating January 7th - flashback in photos!! 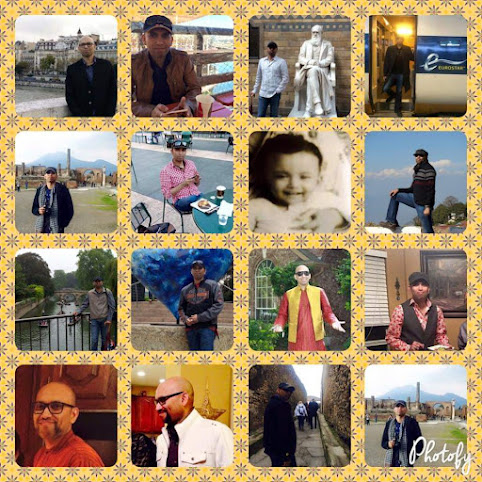 New job or new role? - Time to collaborate and network!

January 06, 2022
When you take on a new challenge in your job, make sure you are accepted by the hierarchy. In today's hyper-collaborative and dynamic workplaces, successful moves aren't as easy as they once were, and too often, transitioning managers and employees don't live up to their organizations' expectations. In today's organizations, transitions occur all the time and take many forms. Internal moves are increasingly common in organizations that are undergoing a culture change. Employees, and managers, change jobs more often than previous generations, with some expecting to leave their employers in 2022. Gallup's research shows that replacing employees can cost up to two times that employee's salary, and at the current turnover rate, companies could face replacing their staff at a cost of nearly $1 trillion a year. Although onboarding programs are offered to new or transitioned employees, only 44% achieve desired outcomes. Research proves that the most successful peop
Post a Comment
Read more

I suffer from Imposter Syndrome! Do you?

January 04, 2022
Sanjay Basu Have you ever had Impostor Syndrome? If you don’t know or aren’t sure, you could’ve missed framing whatever was happening to you into a definition. Impostor Syndrome can throw one down a vicious cycle of self-doubt and make one stressed about minor things. Being rejected, fired, or ridiculed once can turn your perception of yourself and the environment around you upside down.   The typical signs are self-doubting your own accomplishments and skills and fearing that you might be exposed as fraud without being such. These feelings are most common when entering a new environment, such as starting college, receiving a career promotion, or starting an internship at a large corporation.   Imagine being laid off with 70% of your company’s employees. What made the other 30% better than you? Why do they get to keep their jobs, and you don’t? Even the strongest minds can be affected by the unexpected turn of events.   Yet, there is a benefi
Post a Comment
Read more

Prologue from 'Ethics in AI - Collection of Essays'

January 01, 2022
Sanjay Basu   Ethics of artificial intelligence (AI) is the study of the ethical issues that arise with AI systems. Harari asks about the long-term consequences of AI: "When robots, the Internet of things and smart cities have become part of society, politics, and daily life, what will happen?"   The ethics of AI is often focused on "concerns", and throughout this book various authors will discuss the issues and deflate the non-issues in the context of new technologies, in their respective domain like healthcare, education, wealth-management and others. In my humble opinion, it seems for all major corporations, AI ethics is an image and public relations-driven discussion of how to achieve a desired outcome. In this collection we are focusing on genuine problems of ethics. It is a young field within applied ethics with significant dynamics and few well-established issues. The notion of artificial intelligence (AI) is understood broadly and c
Post a Comment
Read more
More posts

I am planning to write one blog each week focusing on Metaverse, AI ethics and rights, Multiverse, FinTech, Quantum Computing and other random thoughts

The blog posts may contain views and opinions which are those of the authors and do not necessarily reflect the official policy or position of any other author, agency, organization, employer or company, including my own views. Comments published by users are their sole responsibility and the users will take full responsibility, liability, and blame for any libel or litigation that results from something written in or as a direct result of something written in a comment. I am not liable for any comment published by users and reserve the right to delete any comment for any reason whatsoever.